On 7 February 2019, the Diet of Japan has approved a new package of humanitarian and stabilization support to Iraq amounting to approximately 63 million US dollars, which was proposed by the Government of Japan as part of its supplementary budget FY 2018.

This new support, in response to the on-going needs for humanitarian assistance in Iraq even after the declaration of the full liberation from the ISIL as well as Iraq’s stabilization efforts in the affected areas by ISIL, will be widely implemented in various fields including food security, water, irrigation, hygiene, health, nutrition, livelihood, social cohesion, youth empowerment, vocational training, protection, gender-based violence response, mine action, rehabilitation/construction of infrastructure, and nexus of security and development through UN agencies, international humanitarian organizations and Japanese NGOs.

Japan’s contribution aims to alleviate the plight of Internally Displaced Persons (IDPs), Syrian Refugees and the host communities in the affected areas as well as to facilitate IDP’s return to liberated areas from ISIL.

Japan has consistently supported similar projects since 2014, amounting to a total of approximately 500 million US dollars. Japan hopes that the new package of support will do its part to mitigate the burden Iraq has been bearing since June 2014.
(End) 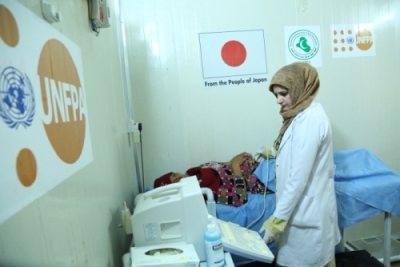 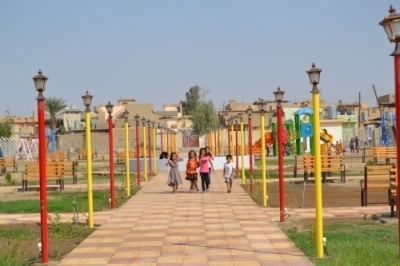 Children in Telafar deserve a nice space like this park to get together and have fun. This public park was in a poor condition after the town was retaken from ISIL. With support from Japan, IOM rehabilitated the park with new fencing, benches, and playsets 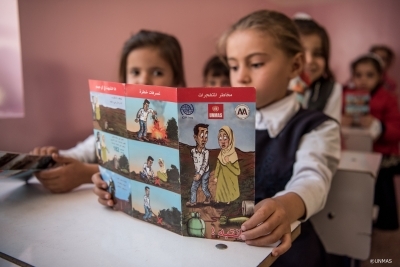